Spectra recently set up a Couch to 5k running group for staff to participate in 3 times a week after work. 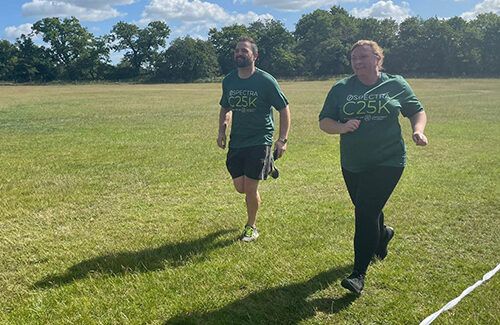 John and Di on race day! 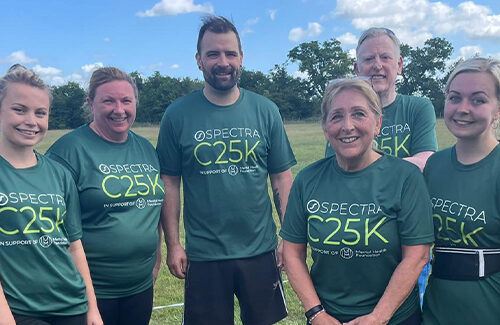 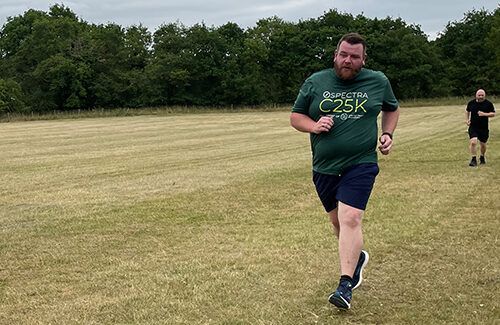 Sam on his race day! 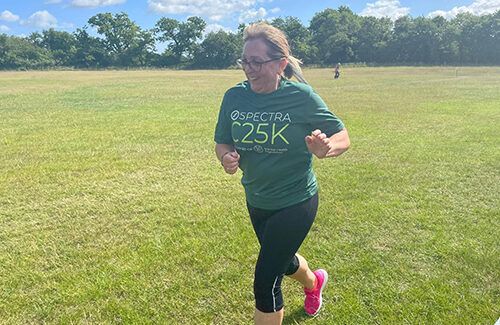 Angie on her race day! 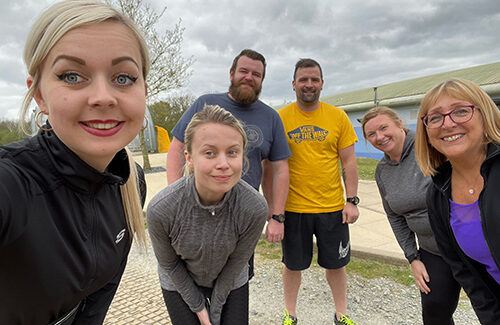 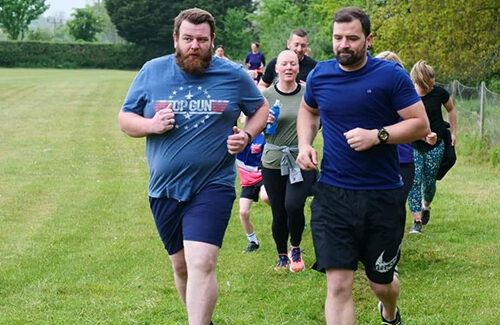 Sam completing a Parkrun on week 5 with John! 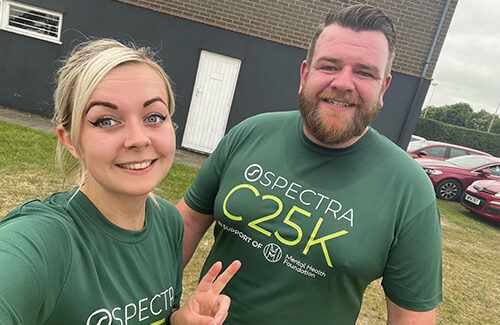 Ella and Sam on the race day 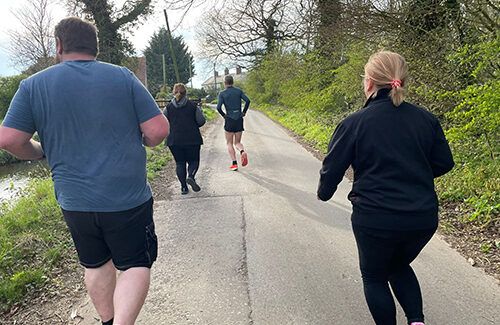 The programme aimed to help staff become more active and enjoy the physical and mental benefits of running.

Spectra employees Diana Frost (Print Manager), Angela Sankey (Human Resources Advisor) and Sam Read (Development Engineer) successfully navigated the nine-week programme. They then rewarded themselves with a 5km park run in Harleston, Norfolk, on a Saturday morning along with 80 odd other runners, raising donations for the Mental Health Foundation.

Ella-Rose, Marketing Executive at Spectra Packaging, said, “It’s been a fantastic programme to support. To see the guys progressing each week, going from 3 minutes one week to 30 minutes the next non-stop running, is amazing. Sam did get pretty into it early on, entering himself into a parkrun just five weeks into the nine-week course, which was very impressive.”

Diana, Angie and Sam completed their course and the 5k charity run on 11th June at the Harleston Parkrun, with Spectra choosing to raise donations in aid of The Mental Health Foundation.

Sam Read, Development Engineer at Spectra Packaging, said, “What started as a fun challenge to see what I could achieve has become a part of my weekly routine. We have created a strong friendship as a group and have been able to push ourselves further than I had imagined. It’s addictive trying to better your own goals, and achieving them gives you a great sense of well-being.

He went on to say, “Seeing how far we have come in only nine weeks has opened my eyes to what I can do. I’m proud we have done this to promote mental health awareness, but I’m also proud of ourselves for stepping up and seeing it all the way through. It’s easy sometimes to lose motivation; that’s why this has worked so well for me. Having the group behind me has really helped me complete the couch to 5k.”

Angela Sankey, Human Resources Advisor at Spectra Packaging, said, “When I said ‘yes – sign me up for C25K’, I realised what I had said, no going back, and I did feel reluctant at first having never run before. I remember in the early weeks of training, a three-minute run was difficult and then wow, nine weeks later, feeling so proud of myself and how far I’ve come, so much so that running will be part of my weekly exercise routine. I need to keep it up now.

She added, “Everyone has been so supportive; the encouragement Di, Sam and I received to motivate us made us believe that we were capable of completing the programme. I’m so addicted now that I’m off to SportLink to buy some running trainers next week!”

Diana Frost, Print Manager at Spectra Packaging, says, “I never thought I would be able to run for 5 km. My previous attempts had been a failure, an impossible feat beyond my capabilities. The chance to run with other non-runners was ideal, as I knew we would be able to progress together and that we could all struggle together!

She said, “It was hard work, and there were times when I wanted to give up, but the encouragement of the rest of the group kept me going. I would never have done it without them, and I am truly thankful that Spectra has offered me the opportunity to achieve this goal. 10k next!”

Running is a fantastic way to improve our mental and physical health, and it’s a great way to meet new people who share the same interests.

Ella-Rose went on to say, “We are going to keep the group going, and we are hoping to support more staff who would like to do a bit of running. Di, Angie and Sam smashed the charity Parkrun on the 11th. It was fantastic to see them all cross the finish line.”

Thank you, everyone, for your kind donations so far. If you would like to donate, please click the link here: https://www.justgiving.com/fundraising/spectra-packaging-parkrun

Take care of your PET bottles in the heat 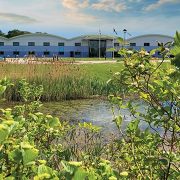 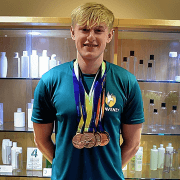 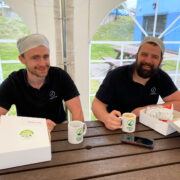